My message for today:
“THE CHARTER OF MIRAPURI which was read out at the Mirapuri Foundation Day on 15th August 1978:

1.MIRAPURI BELONGS TO THE DIVINE LOVE.

2. TO LIVE IN MIRAPURI ONE MUST BE READY TO UNDERSTAND EVERYTHING AND TO GROW IN CONSCIOUSNESS CONSTANTLY.

3. MIRAPURI WILL CONSECRATE HER MATERIAL AND SPIRITUAL POWERS TO PROGRESS, UNITY AND ENLIGHTENMENT OF THE WORLD.

4. MIRAPURI WILL UNITE ALL THOSE WHO REALIZE THE PERFECT EVOLUTION BEYOND COMBAT AND STRIFE.“

Become a friend of Michel Montecrossa on facebook: http://www.facebook.com

Friday, 15th August, 2014, from 20:00 (8:00 pm) screening of  ‘Meditations On Savitri’,  Book 1, Canto 2 and 3 at the New Art Cinema in the Filmaur Multimedia House near Munich, Germany. Savitri is Sri Aurobindo’s major work and most important introduction to his integral yoga and realisation.
The ‘Meditations on Savitri’ series visualises Savitri in 12 parts through images, painted by Huta Hindocha, on the basis of original drawings and detailed instructions by The Mother.

buy the movie: Buy from Mirapuri-Shop

Savitri is Sri Aurobindos major work and most important introduction to his integral yoga and realisation.
The ‘Meditations on Savitri’ series visualises Savitri in 12 parts through images, painted by Huta Hindocha, on the basis of original drawings and detailed instructions by The Mother.
The’Meditations on Savtri’ movies present all images together with recitations from Savitri spoken by The Mother and accompanied by her own organ music.
The ‘Meditations on Savitri’ series was produced and directed by Michel Montecrossa on commission and with the special blessings of The Mother.

The Mother to Michel
and about the ‘Meditations on Savitri’ movie series:
“I want to give you special blessings for this work and
will always guide you. It is my legacy for the world.”

(Then The Mother went into a long trance and gave her special blessings to Michel, expressing her certainty that he will accomplish the work according to her vision, as she sees in him the soul and the talent for doing it. Later she said that she would like the Savitri movies to be in widescreen with stereo sound and brilliant colors so that they can be projected in big scale. For the’Mediations on Savitri’ movie series The Mother gave Michel and Filmaur Multimedia in Germany the unrestricted right to use all her Savitri recordings and music for producing and promoting the ‘Meditations on Savitri’ movie series. She explicitly wanted the work to be done and organised by Michel and Filmaur Multimedia, Germany and no other person or company.)

“The Mother gave me this photograph signed by her, explaining that her living presence and her blessings are in it and with me and that through them I will always receive help, guidance and protection in my work for her.”
Michel Montecrossa

Huta Hindocha in letters to Michel about the ‘Meditations on Savitri’ movie series:

“When I took you to The Mother, she at once gave her special blessings – you respected her wish – you became her true instrument for the purpose. I am extremely happy and satisfied with your excellent work and your selfless relationship with me. … our relationship – brother and sister (from the spiritual point of view) was formed by The Mother when we both went to her – how can it be otherwise! We must work together in order to spread The Mother’s and Sri Aurobindo’s truth and love upon earth…”

“Some people from Bombay and from Auroville offered their help in making the Savitri-Movie from the original paintings of Savitri. But I have refused, because The Mother has given you her special blessings and asked you to make the Savitri movie. I know your sincerity and nobility. You’ll fulfil The Mother’s wish.”

“The movie you have made is out of this world.”

“Michel, The Mother has given you her special blessing packet in my presence. Thus she has made you her sincere instrument, knowing that you will not fail her.”

“I will never forget the time we spent together in The Mother’s light.”

“I have always considered you as my spiritual brother, for The Mother is our eternal, luminous link.”

“Michel, I appreciate your goodwill, help, generosity and kindness.”

“I trust you fully in Sri Aurobindo’s light.”

“The ‘Meditations on Savitri’ movie series is an immeasurable spiritual treasure. Not only that this synergetic multimedia artwork of dynamic image power, mantric recitation speech-act and new consciousness music has opened to me new entrances and further access to Sri Aurobindo’s grand epic poem, but this aesthetic experience has also expanded my comprehension of meditation itself by the art of film-meditation. By sitting in front of a big screen with a silent mind and an open heart it is possible to tune into these intense atmospheres and come in conscious resonance with the omnipresent archetypal forces symbolised through the poetry and imagery of this multimedia and multidimensional artwork. What an inestimable precious gift for awakening man!”

“… to see the ‘Meditations on Savitri’ DVD-series is for me a journey through time and space from the beginning of creation to the human world and further on to future realisations. Thanks to the artists for this excellent expression of Sri Aurobindo’s epic poem ‘Savitri’.”

“The ‘Meditations on Savitri’ DVDs are a stunning and profound experience of consciousness expansion.”

Order the original ‘Meditations on Savitri’ DVD-series specially blessed by The Mother from: Mirapuri-Shop.de

Dr. Karan Singh, member of the Indian Parliament (Rajya Sabha) wrote on 23rd of March 2006 to Filmaur Multimedia, Germany about the ‘Meditations on Savitri’ DVD Series, created and directed by Michel Montecrossa on the bases of images designed by The Mother and painted by Huta Hindocha: 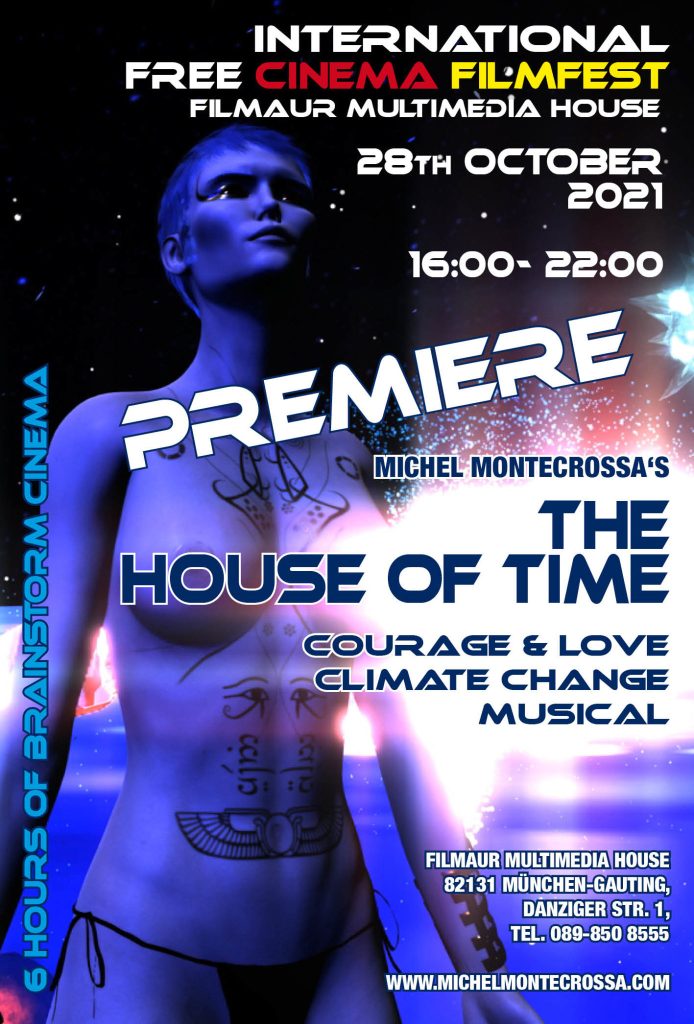