The ‘Is Your Love In Vain?’ Movie is part of Michel Montecrossa’s album FIRE ON THE WATER – Michel & Bob Dylan Fest 2018. You can buy/download the album here from the Mirapuri-Shop.

“I gave the Michel & Bob Dylan Fest 2018 Album the title ‘Fire on The Water’. It presents 15 trax of good music with good lyrics by me and Bob Dylan. They all sing about Love and the vanity of not-loving Love which will turn you into a politician making human relationships into a farce of politics, economy and war and in the end will leave you unhappy. But I know that Love is all and I know how to live it. That’s why I’m not alone and can live the good world of Bright Earth Happiness together with my glorious woman that knows. ‘Fire on The Water’ are 15 songs about that.“ 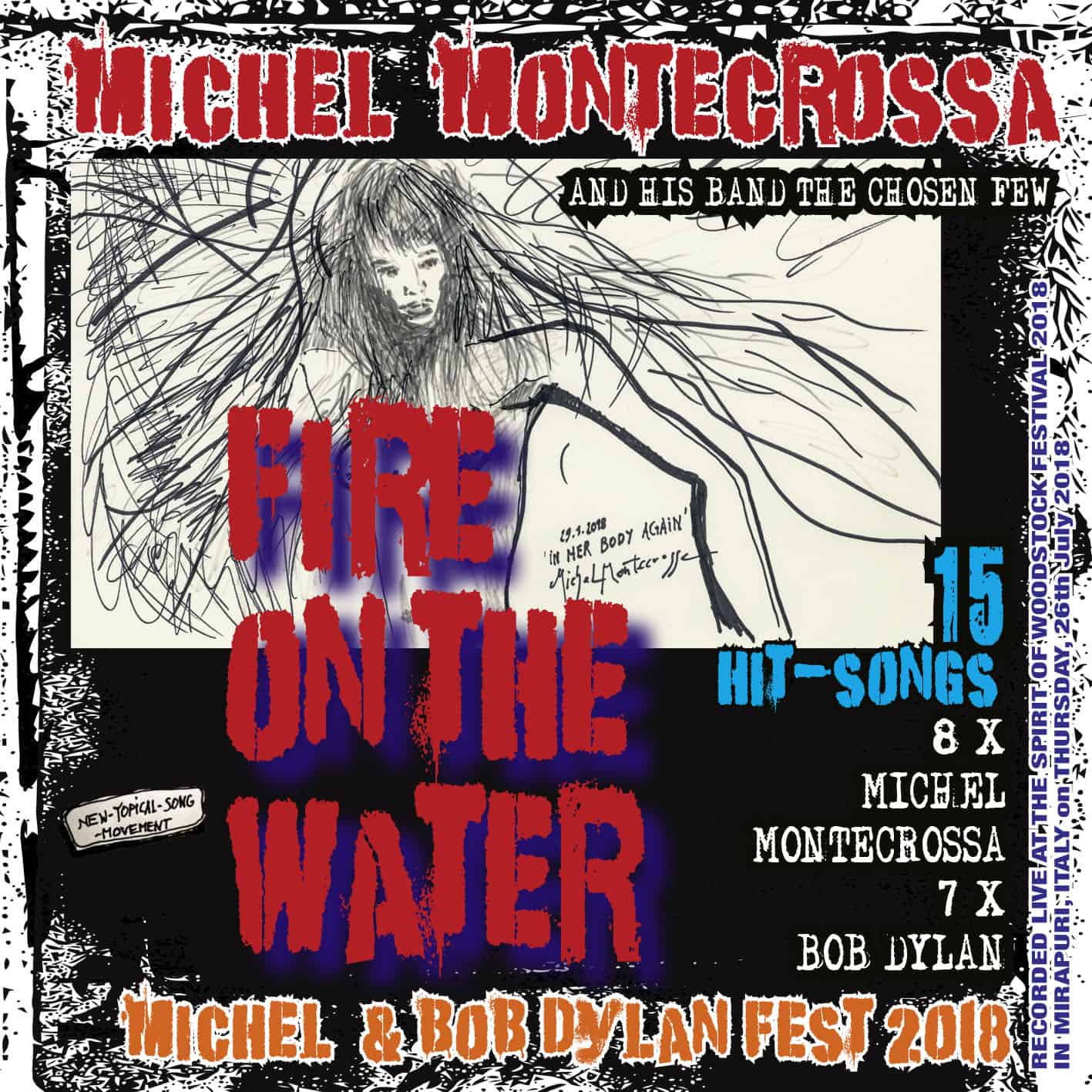 Handed Down By Jesus — MICHEL MONTECROSSA

I Shall Be Released — MICHEL MONTECROSSA SINGS BOB DYLAN

Is Your Love In Vain? — MICHEL MONTECROSSA SINGS BOB DYLAN

Fire On The Water — MICHEL MONTECROSSA

Buy the album from the Mirapuri-Shop

The songs (Click the song title to read the Michel Montecrossa lyrics.
For the Bob Dylan lyrics go to http://www.BobDylan.com):

Today, 26th July 2018 on the second day of the Spirit of Woodstock Festival in Mirapuri, will take place as Special event Michel Montecrossa’s Michel & Bob Dylan Fest 2018′ (from 19:00 – 20:00) featuring great poetic and New-Topical-Songs by Michel Montecrossa and Bob Dylan.

Join the Spirit of Woodstock Festival on facebook: www.facebook.com/SpiritOfWoodstockMirapuri